AS SEEN ON TV

"Steven is a patient & enthusiastic teacher; his obvious passion for dancing is infectious and easily transmits to his students. He makes dancing fun and I would highly recommend him to anybody wanting to learn." ​Matt Hatchard, Assistant Producer, Betty TV Ltd.​

Between 1999 & 2010 Steven focused on the national and international Ballroom and Latin American competition scene. Within the first year he had won 6 championship titles in England. He trained between England, Estonia and New York with teachers who were former world Ballroom and Latin American Champions. During this time, he won The All England Open Ballroom Amateur Champion Title and taught at both Super Stars and Universal in New York.​
​

Between 2011 & now, Steven opened his Dance School 'Dance4Fun' at just one venue. It subsequently grew into a thriving and successful institute. Encompassing not only other coastal towns & the cities of Canterbury & London but across the globe via online tuition. Later 'Dance4fun' became 'The Coastal Dance School' & now 'Coastal Dance'.
​ 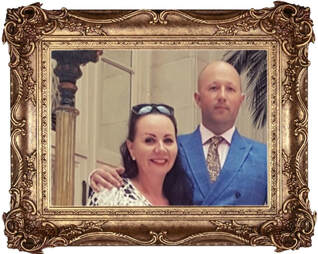 "In 2018 I married my best friend, Maggie. She continues to be crucial to the way my business has evolved at the speed it has. Her constant support in all aspects has been invaluable and thankfully, priceless. She is responsible for nearly all administration duties and frequently volunteers to partner both ladies and gentlemen who attend our classes and social events."
​